Neferet's Curse is the third novella in the House of Night Novellas spin-off series, which delve into the backgrounds of some of the Tulsa House of Night's most important - and mysterious - professors. This novella focuses on High Priestess Neferet.

The White City, 1893: In turn-of-the-century Chicago, with the World’s Fair bringing bustle and excitement to her home city, sixteen-year-old Emily Wheiler should be reveling in her youthful beauty and the excitement around her. But her whole life changed when her mother died, leaving her to be the Lady of Wheiler House. Her father, a powerful bank president, is at the center of an important social hub for the booming young city, and he needs Emily to do everything her mother would have – to be a good hostess and make sure the mansion runs smoothly.

As Emily uneasily tries to replace her mother, she also longs for more… for love and a life of her own. When a handsome young man notices her at one of her father’s parties, it seems that her hopes may finally be coming true. Until her father forbids her to see him – or any other man – and starts revealing a darkly violent side that even he can’t understand.

At last, afraid for her life and with nowhere to turn, Emily is Marked by a vampyre and brought to the Chicago House of Night, where she begins a magickal new life that should allow the wounds from her past to heal. But as she gains strength, and a powerful new name, she carries a dark need to wreak vengeance on the man she trusted most. 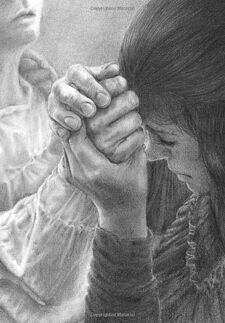 Emily writes about the loss of her mother and baby brother on November 1st, 1892. After that, she was bed ridden, barely eating, wasting away. One night, she wakes up because the fire that was warming her had grown cold. She walks the house to try to find Mary, her lady's maid, to make the fire again. Her father finds her and he says she will come to dinner every night like before his wife's death. Once at dinner, Emily makes lighthearted conversation with her father. He seems to scare her quite a bit. He kisses her hand and retires to his library, leaving Emily with "an uneasy sensation deep in my stomach."

Madeline Elcott and daughter Camille visit the Wheiler House, expressing their worry for Emily. Madeline reprimanded Emily for missing the Christmas Ball and her own birthday! Just then, Mr. Wheiler barges in with outfit questions. Emily answers just as her mother would have done. He leaves mumbling to himself. Soon after, the two Elcott ladies leave, leaving Emily alone while her father goes to a dinner party. She waits up for him, not expecting what she finds. He comes home drunk, speaking of Alice and how he will bear her a son yet. Emily guides her father to his bedchamber. When they reach there, he complains about how this is not Alice's bedchamber, and he also mistakes Emily for Alice. Emily hastily reminds him that she is his daughter. He pushes her away after regarding her beauty and stumbles off to bed. Emily then runs outside to the gardens and cries. There, she finds comfort in the moon, the sounds of water from her Mother's fountain, and the wind. She stay until she tires then retires to her third-floor bedchamber. 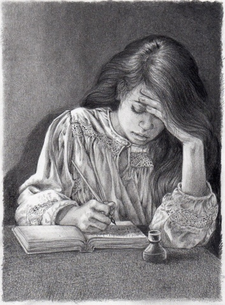 Emily writes about how in the last five months since her mother's death, she has taken full responsibility of the Wheiler House. She has not been writing because she convinced herself that if she stopped writing, then the horrible events that have happened would stop happening. She wonders if she's gone mad, and keeps the diary just in case, as documentation. One day, while she was writing up the menus, her friends Camille Elcott and Evelyn Field invited her out to bike for lunch. She bumps into Father, and he says she mustn't go with her friends because she must meet with and entertain Mrs. Armour, the chairwoman of the General Federation of Women's Club, or GFWC. Emily realizes that she is just a place for her father to vent his anger. He abuses her with his burning looks, but he has never beaten her. She has begun to loathe that burning look of his. She hopes to unravel the mystery that is how she can loathe a look in the pages of her journal.

Emily notices that Camille and her are spending much less time together--not because their friendship is ending--but because her inherited Mother's work and her father would not allow it. Once, when she had on her bicycle bloomers, he burned her with his gaze from the waist down, remarking how he can see the shape of her legs. He says she is never allowed to wear them again and is to be dressed properly and respectfully for that nights dinner! At dinner, he drank much wine (although he did not know Emily has been watering it down for sometime now). Emily is firm about their goodnight, but he seems reluctant to leave. Eventually he does and Emily retired to her bedchamber. She takes her bicycle bloomers and buries them in the compost outside then stays outside by a fountain and lets herself be calmed by the night.

Emily is able to slip away a few times to visit Camille but is always urgently called home to deal with something that is not urgent. The third time Emily goes to see Camille, Emily tells Camille about all that has been bothering her about how she is basically a servant to the homeless of Chicago!

To be edited soon.

Retrieved from "https://houseofnight.fandom.com/wiki/Neferet%27s_Curse?oldid=14750"
Community content is available under CC-BY-SA unless otherwise noted.